The walk started at the Textile Museum in Helmshore on warm sunny evening. Turning left out of the car park we headed down to Park Street where we turn right and joined a track leading up to Musbury Heights. Once at the at the chimney, of the old stone quarry, which supplied flag stone to famous sites including, Blackburn Cathedral and Trafalgar Square, in London. 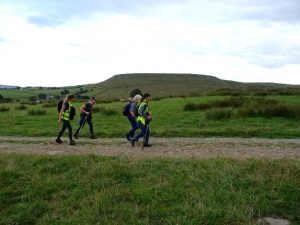 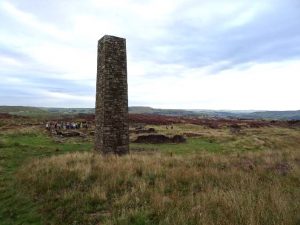 To avoid the path down the steep tramway we joined a footpath which made a gentler climb down to the embankment of Ogden Reservoir. Making our way around the embankment we walked through a field where when we carried out the reccie several plum trees were full of fruit but by now most of the plums had been picked. 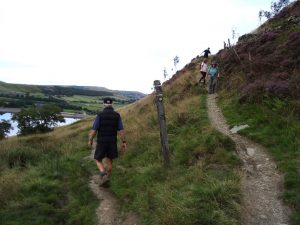 Down to Ogden Reservoir 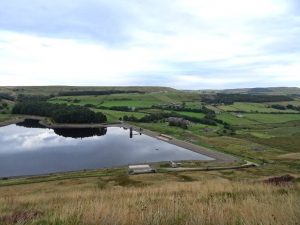 Once across Graner Road we made our way through Leys End Farm and joined a footpath taking us over several difficult stiles eventually arriving at the familiar site of Mary’s Wood. From the wood we followed the path down past the old barn, another site in the area that is said to be haunted. After crossing Grane Road we followed a footpath, at the side of Holden’s Antiques and made our way back to the car park having cover 4 haunting miles. 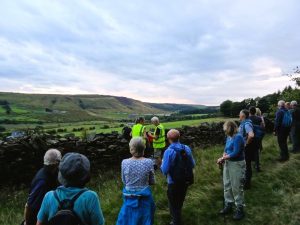 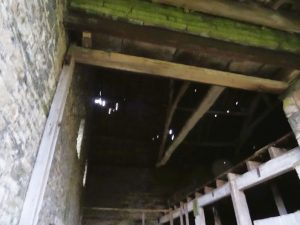