Fourth of the Friday Night Walks in the Come Walking Series

At the end of a very wet day, we were finally rewarded with blue skies and sunshine when nineteen walkers started the walk at Roddlesworth’s Café and Information centre. We began by crossing the road and heading down the steep slope to Roddesworth Reservoirs. After following the footpath, on our left, we headed towards the bridge over the embankment. Once across the bridge we continued along the path that followed the edge of the second reservoir, but before admiring the spectacular waterfall. 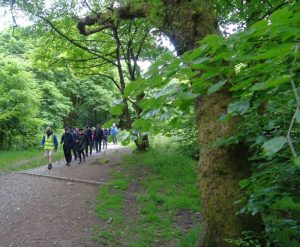 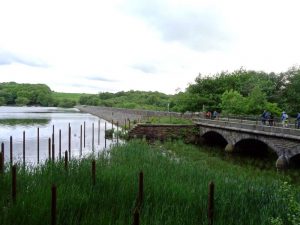 On reaching Abbey Village we turned right and walked down a farm track, for a short distance, before turning left over a footbridge and climbing up to Red Lee Farm. After negotiating several difficult stiles, we finally arrived at Tockholes, where we decided not to go to see the old church, as it was getting late, instead we turned right and followed the road through the village. 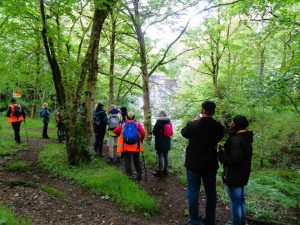 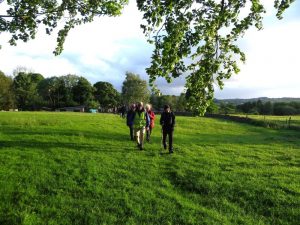 Over the fields to Tockholes

At the end of the road, we turned left and followed a narrow footpath up to Rose Cottage where we turned right a headed through the fields of Higher Hill Farm, a medieval property with evidence of a Garderobe on the side of the building. Garderobes were an early examples of inside toilets. 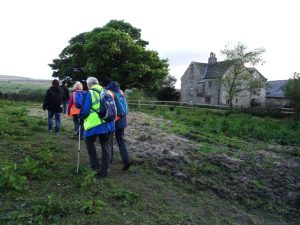 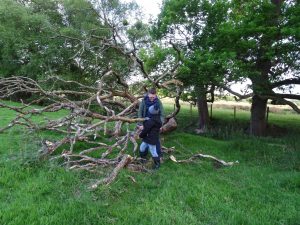 After making our way across the fields, full of sheep and young lambs we headed back to the car park through Ryal Fold having covered 5 sunny miles. 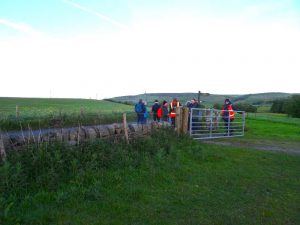 Heading back to car park