WALK 7 of the COME WALKING SERIES 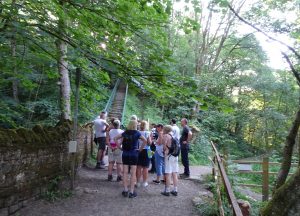 Barrow Bridge was built in the 1830s as a model village to house workers of Dean Mills and it was an early example of enlightened industrialists trying to improve the living conditions of their workers. Twenty-five walkers, of which seven were members of Together Friends, a worldwide organisation that helps groups of likeminded women to get together, turned left out of the car park and made our way into the village.

Once through the village our first challenge was to climb the 63 steps, known as The Miner’s Steps, which were used by quarrymen and miners on their way to and from work. As the evening was very warm we took our time to ascend the steps and we welcomed the pause at the top where we listened to a member of the Smithills Heritage Group telling us the history of the area. 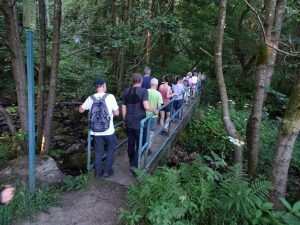 We then followed a footpath, signposted Walkers Fold, which is an attractive group of cottages, with an association to the American humanist poet Walt Whitmen. Just after the cottages we crossed Collier Row Road where we turned left onto a footpath that took us down to Walker Fold Woods.

After crossing the footbridge at the at the bottom of the valley we climbed a series of steps to get us out of the valley and take us into an attractive wooded area. 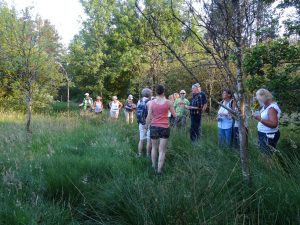 As we emerged from the wood we became more aware of the smoke drifting in our direction from the moorland fires on Winter Hill. Having already warned the group that we may have to change our route due to the fires we now had to make a decision. So at Sheep Cote Farm we decided to turn left, away from the fire and walk towards Holden’s Farm. 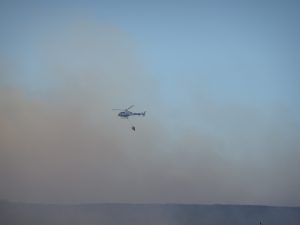 From the farm we turned left again, and walked along a track which passes the aptly named Burn Edge, where we had views over Winter Hill and spent some time watching the helicopter bringing water from Rivington Reservoir to try to douse the flames of the moorland fire. This sad view was made worse by the sight of the recently planted saplings, of the National Forest Project, being engulfed in flames. 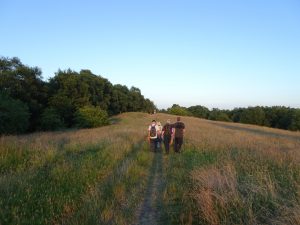 Back to Barrow Bridge

This track brought us out at Walker Fold from where we retraced our steps back to the car park at Barrow Bridge having covered 4.6 miles.