First of the Friday Night Walks in the Come Walking Series

On a very wet Friday evening we were surprised to see twenty-four walkers, nine of which were new to the group, join us on a circular walk from Greenmount. We began by walking down the Kirklees Trail as far as Shepherd Street where we turned right onto Holcombe Road which we crossed and headed up to Old Key Park. Once on Turton Road we joined a track up to Cann Street and stopped to admire the old spring. 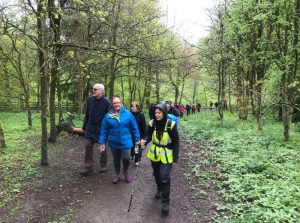 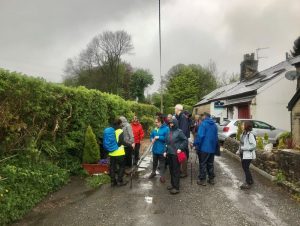 From Cann Street we joined a track, on our right, that crossed over several fields and eventually brought us onto Watling Street. Once we were all safely on the road, we walked the short distance up to the village of Affetside. Affetside Cross originally had two wayside crosses, marking the medieval route of Watling Street. The route is even older than the cross and is based on the Roman road that linked Manchester with Ribchester. As it was still raining very hard, we did not spend much time in the village, but walked down the road to the first footpath on our right where there are usually glorious views looking towards Holcombe Hill but tonight unfortunately it was shrouded in mist. 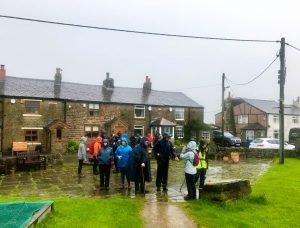 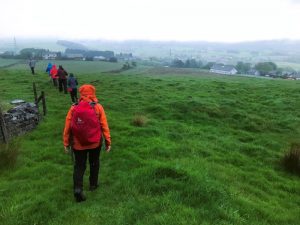 Once through the fields we reached Turton Road, which we re-crossed, and walked through Toms Cattery and down to the ancient chimney which is all that remains of Two Brooks bleach works and calico printing company built in 1850. From here the path drops steeply into Two Brooks Valley which even in the rain looked beautiful as all the spring flowers were out and the trees were a vibrant green. Turning right along the track we soon arrived at the ladder stile separating the fields, only to be greeted with a large group of young cows that blocked out way. Fortunately, one of our new walkers had spent time, in her youth, on a farm and was able to control the herd whilst we walked through the field. 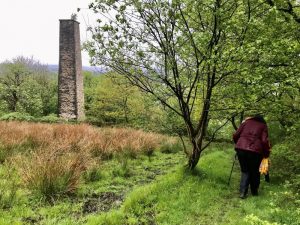 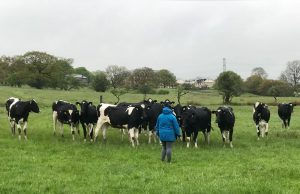 Having conquered the last climb of the evening we walked through the attractive hamlet of Croichley Fold and headed across the fields back to Greenmount having covered 4 very wet but enjoyable miles. 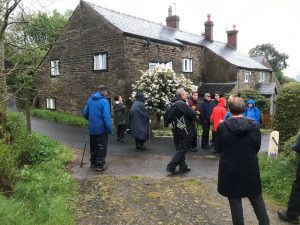 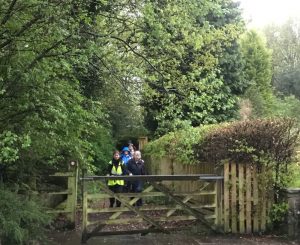