First of the Friday night walks 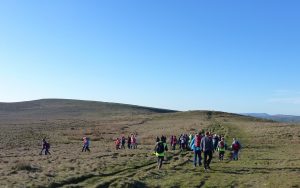 This walk was the first of the two hour Friday night walks and was also part of the Walking Festival organised by Transport for Greater Manchester (TfGM). The festival is taking place throughout the month of May in all the ten boroughs of Greater Manchester. The walk started at 6.15pm from Lumb Carr car park with a total of thirty eight walkers, a number of which were new to our walks, having seen the walk advertised in the TfGM booklet. The evening was sunny with a cold NE wind which became stronger the higher we climbed. From the car park we walked up the main road to the Shoulder of Mutton were we joined the cobbled track leading to Harcles Hill, passing the old quarry on our left. From the summit we had a clear a view of Winter Hill, Pilgrims Cross and Bull Hill. The walk then took us across the moor leading us back towards Peel Tower where we were able to climb to the top of the tower as we had managed to borrow a key. Most of the thirty eight walkers were able to enjoy the views from the top of the tower, and for a number of them it was their first time. After spending time taking in the views and sheltering from the strong wind we made our way back to Lumb Carr. 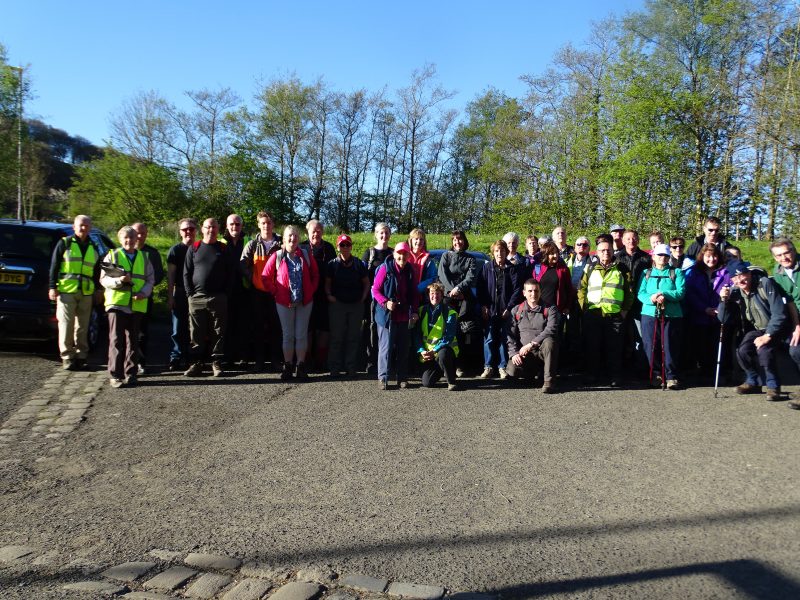 Second of the Friday Night Walks 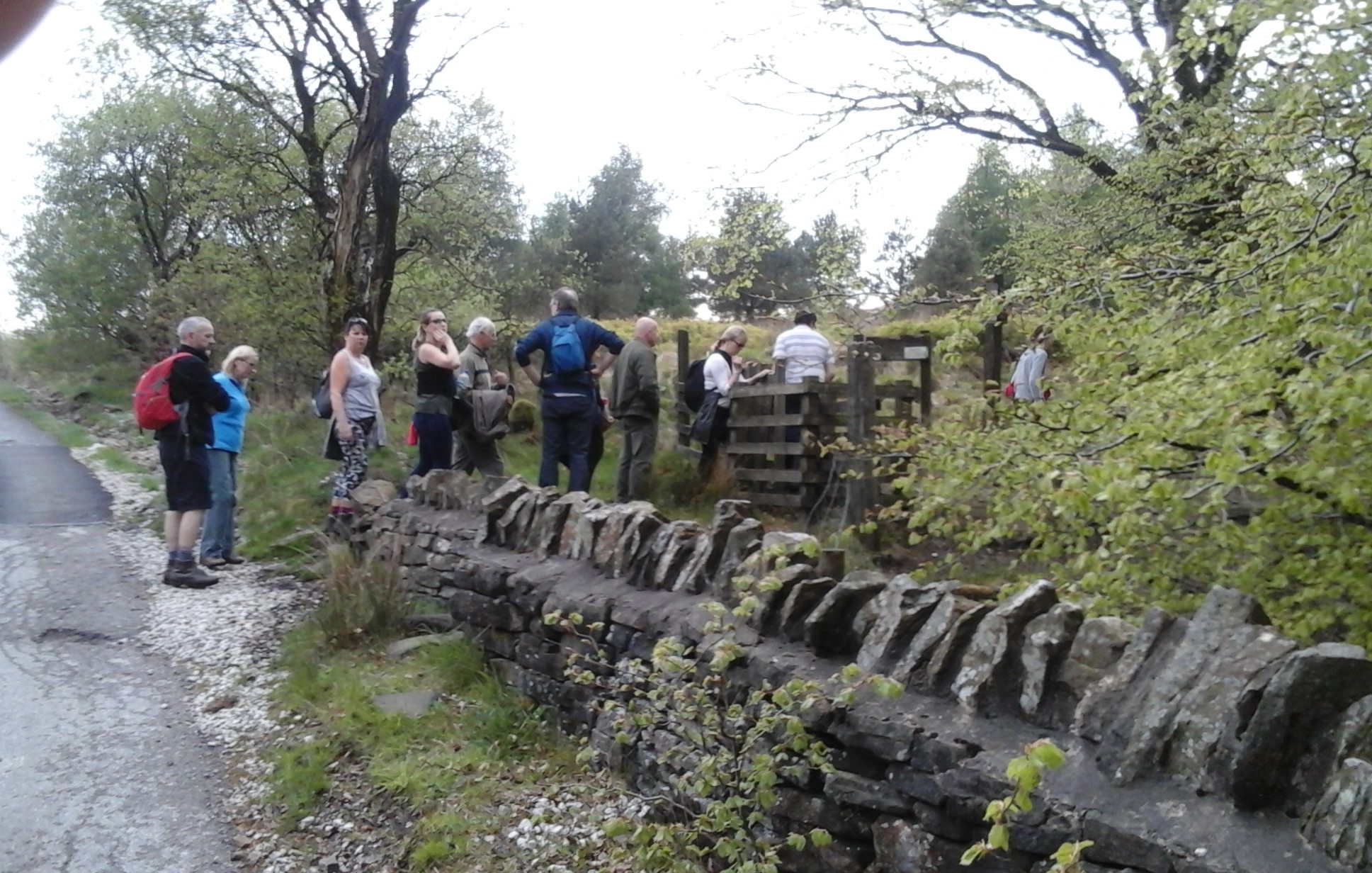 The starting point of this walk was Borrow Bridge which is a picturesque village and conservation area, created in the Industrial Revolution as a model village for mill workers. The route took us along a path which followed the river to a flight of steps known as the ’63 Steps’ that were used by coal miners on their way to the mines on Winter Hill. We continued climbing through the woods to the fields leading to Smithills Moor, and after crossing Coal Pit Lane we were on the Open Access land of the West Pennines. We continued to climb until we reach Dean Mill Reservoir which was the highest point on our walk. From here we made our way back to Barrow Bridge. With thirty three walkers having covered a distance of 4.5 miles.

Third of the Friday Night Walks 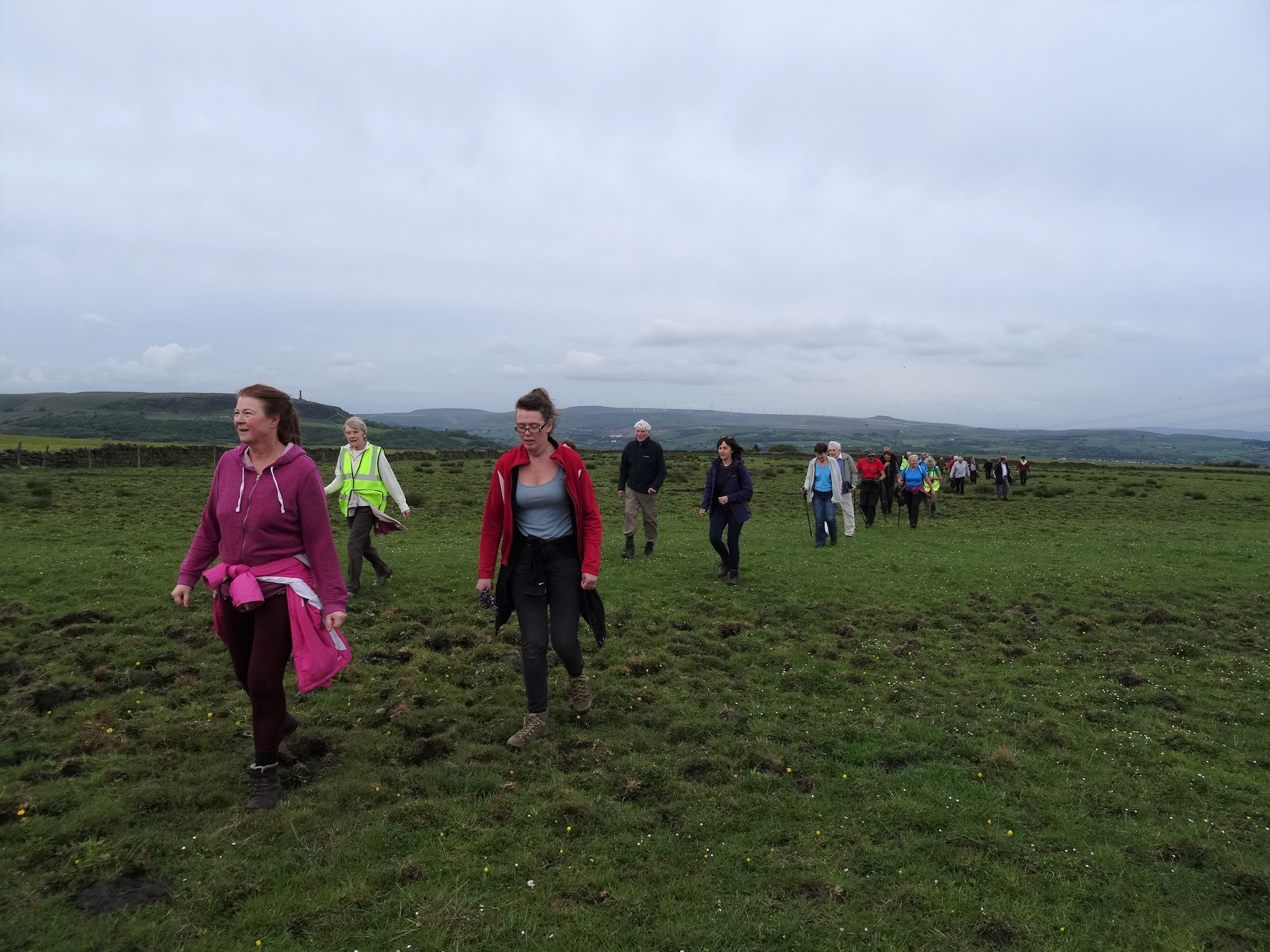 Thirty three walkers left Greenmount Old School at 6.15pm. The same number of walkers as last week but not all the same people, it is always good to welcome new walkers to our group. We stared by crossing Greenmount Golf Course and on towards Holly Mount where we turned left and walked past the orchard, it was interesting to see that the willow arch, planted at the entrance to the orchard was starting to produce leaves. From here we dropped down into Bottoms Hall Woods where we turned left up the steep slop leading to Turton Road. After crossing the main road we made our way up to Windmill Farm and was amazed at the progress made on the redevelopment since we last passed it, which was not that long ago. The route then took us across the notorious Yeoman’s Field which is usually very muddy but to our surprise it was dry. Although the field was not without obstacles as there were several cows with young calves, so we had to give them a wide birth. At Affetside Cross we stopped to learn about the history of the Cross and Watling Street and then continued our return journey along a path which is seldom used as it goes through someone’s front garden. After dropping down to the site of Two Brooks Mill we made our way passed Croitchley Fold and back to Greenmount having covered a distance of 4.5 miles. 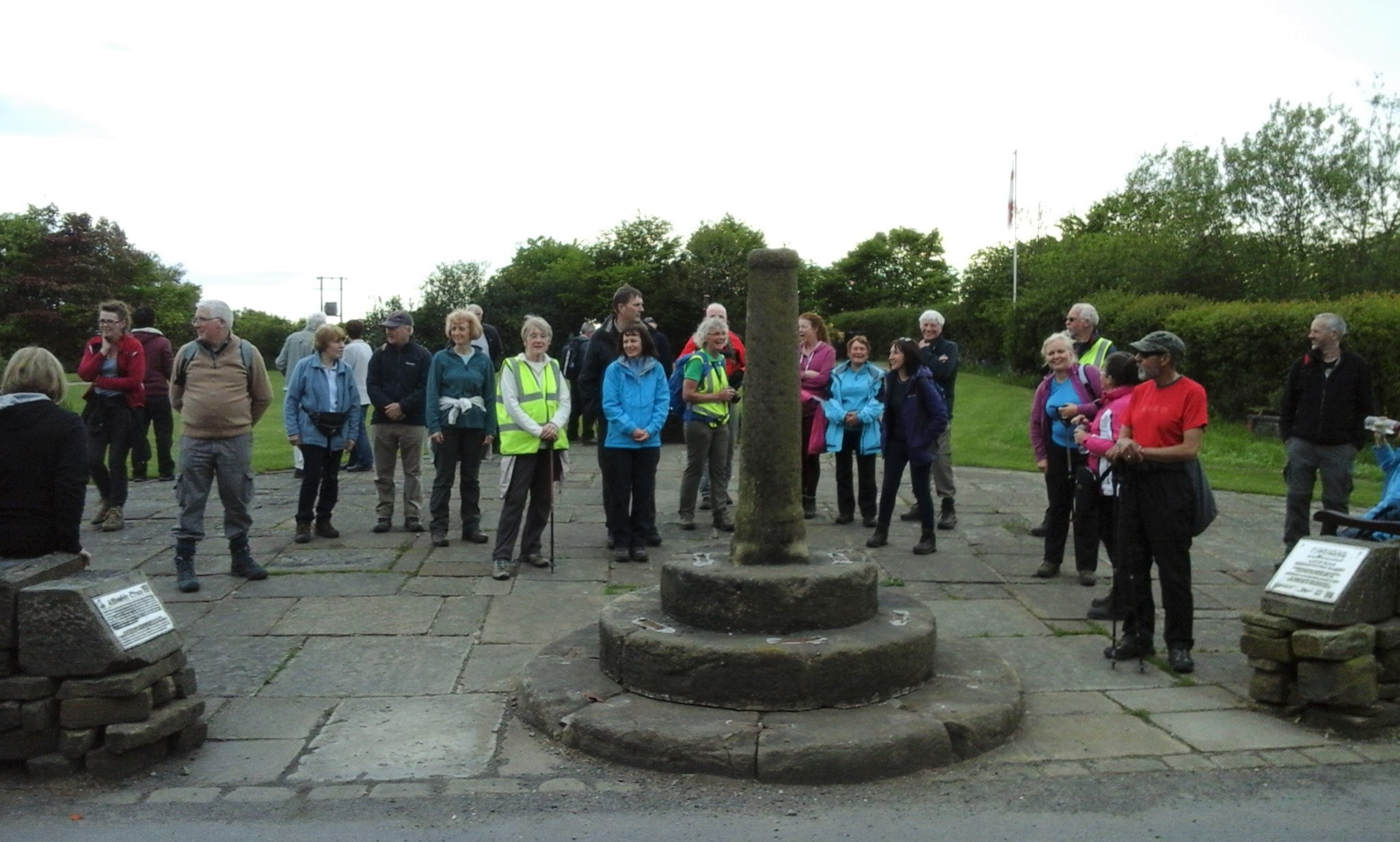