Seventeen walkers set-out from Greenmount on the first of the 2022 season of Monday long walks. This walk aimed to explore the villages in the west using some familiar routes of, the West Pennine Way (WPW) and to also introduce new routes to our programme. After heading across the golf course, we joined the WPW, turning right along the footpath to Bolton Road, which we crossed, and headed up Spenleach Lane to the Range House. Taking the muddy path around the perimeter of the MOD site and climbing the stile on our left we eventually arrived, covered in mud, at Withins Farm from where we walked the short distance to Boardman’s Farm, once the home to one of our local heroes of the early 20th century, Ralph Rooney. 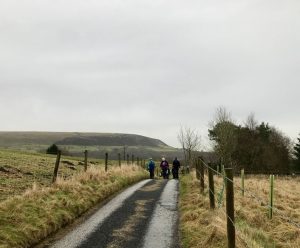 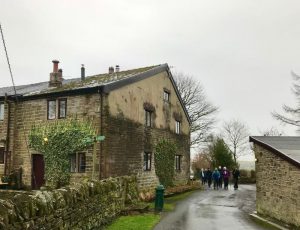 After admiring the small hamlet, we turned left down a farm track that once again became a very muddy foot path through the fields up to Plantation Road, where we turned left and after a short distance joined a path leading down to Edgeworth. 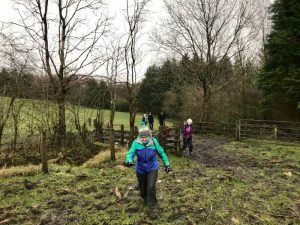 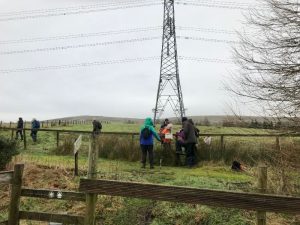 Difficult stile on the way to Edgeworth

Once again, we enjoyed our morning coffee at the Barlow, in Edgeworth before crossing the road and joining a footpath leading to Wayoh Reservoir and onto Chapeltown where we stopped to admire the old cross and village stocks, apparently not used for some time. Turning right at the Chetham arms we headed down Station Road, the station long since demolished, and made our way to Turton Tower. 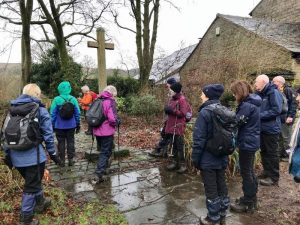 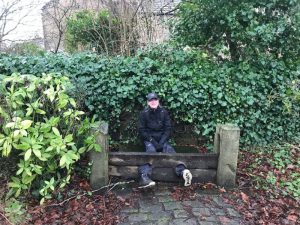 We found a use for the stocks 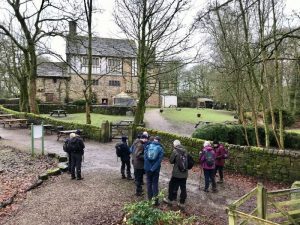 At this point we joined another section of the WPW and followed the way-marked route passed Jumbles Reservoir, through Kingfisher Valley and up to Affetside and lunch at the Pack House Inn. Before going into the restaurant, we all put on our plastic protectors over our muddy boots kindly provided by one of our members. 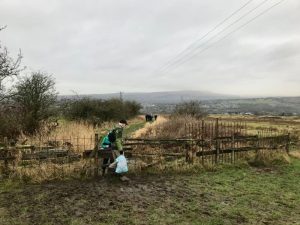 Views over to Winter Hill 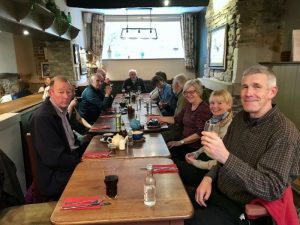 After a very enjoyable lunch we headed back down Watling Street and across the fields to Greenmount via Old Kays Park having covered 12 mostly muddy miles. 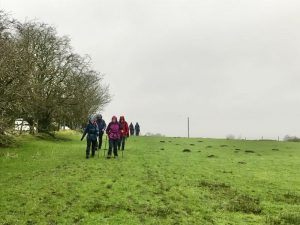