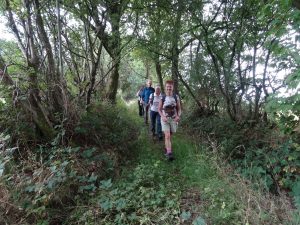 On an overcast but humid Monday morning eight walkers left Greenmount Old School and made our way towards Summerseat. Once in Summerseat we walked under the railway bridge and turned right onto a steep path that lead to Brooksbottom cricket pitch, which is overlooked by a row of extremely attractive cottages. The footpath took us onto Roland’s Road where we turned left on the first footpath that passed behind the Priory Clinic and onto the A56 which we crossed taking the footpath which lead onto Bury Old Road, Nangreaves. Here we turned right and after a short distance we turned left onto a footpath that took us to the hamlet of Buckhurst, which is a small collection of old cottages, a farm house and a disused chapel. 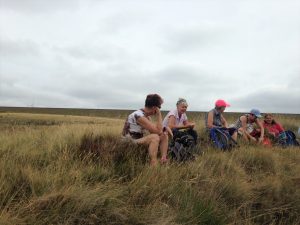 The path them climbed steeply up to Ashworth Moor Reservoir where we enjoyed our coffee break taking in the views over the West Pennines. With renewed energy we climbed the steep embankment of the reservoir which is overlooked by the Owd Betts public house. The pub was built in 1796 and was then called The Hare and Hounds but it became known locally as Owd Bett’s after the proprietor Betty Ashworth, and only officially changed its name in 1950. 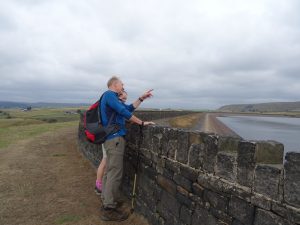 Once across Edenfield Road we continued to climb up Scout Moor towards the wind turbines and to be amazed at their size when viewed close up. Knowl Hill is the highest point on Scout Moor at 419 meters above sea level and commanders 360 degree views across the Pennines. 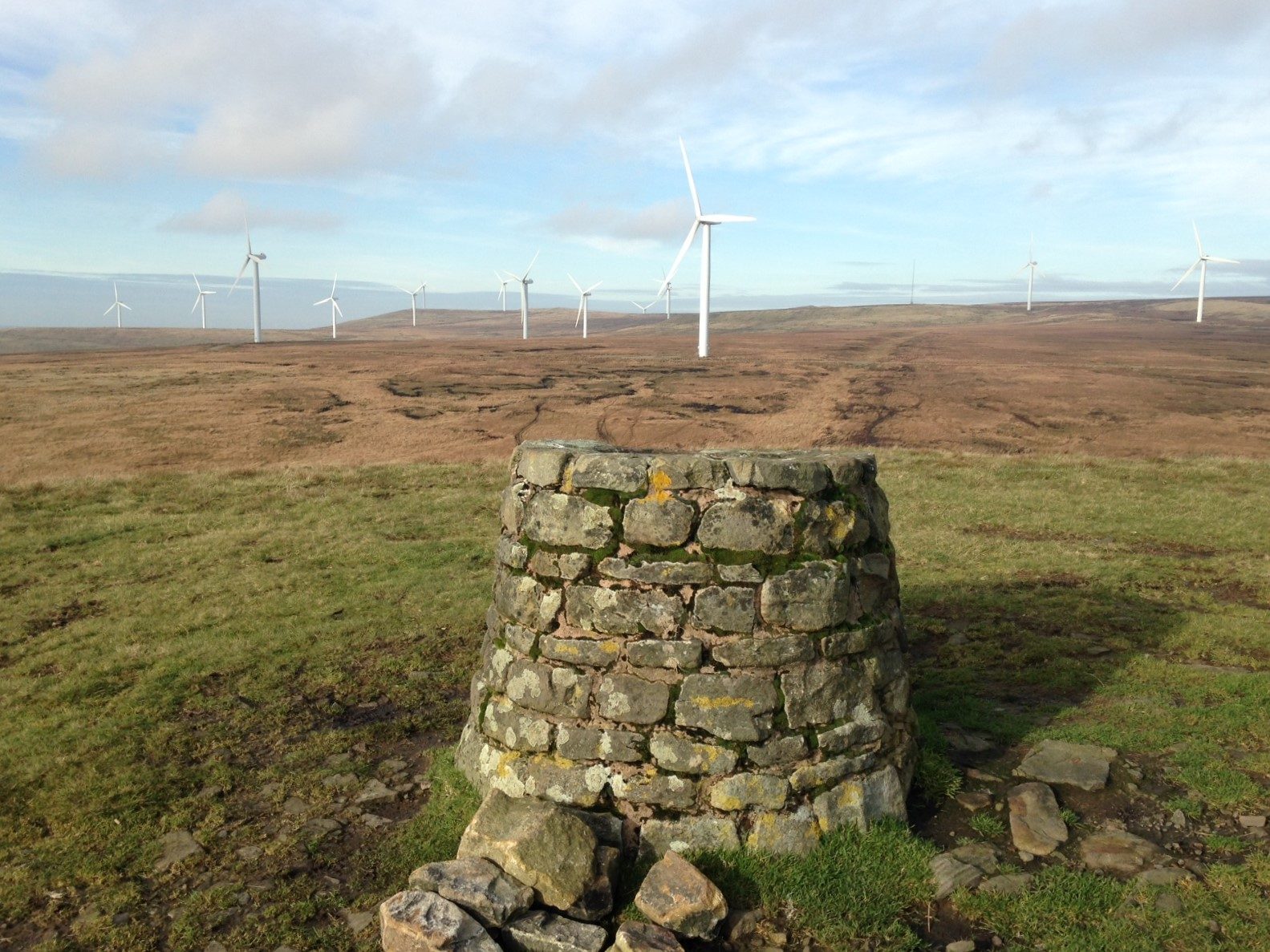 This was the highest point of the walk so we enjoyed the descent down to the Naden Reservoirs after having spent most of the morning climbing. 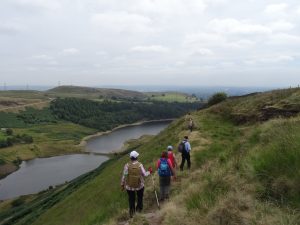 At this point we enjoyed a well-earned lunch sat overlooking the reservoirs watching walkers on the numerous footpaths below us. The first of these reservoirs was built by the Heywood Waterworks Company in 1846 with the lower of three, Greenbooth Reservoir, being opened in 1961. The village of Greenbooth was submerged in the building of this reservoir.

The footpath dropped down into Norden where we re-crossed Edenfield Road into the attractive hamlet of Westholme Fold, where sadly the Owl Sanctuary was still closed. Here we had to make a detour as the path we should have took was overgrown with brambles.

Our final section of the walk took us across Paper House Bridge, which overlooks the ruins of Coal Bank Mill. This was an area of mills, the last of which closed in the early 20th century.

We made our way along the path which follows Naden Brook through the valley to Carr Woods and down to Chadwick Caravan Park in Simpson Clough. Once onto Ashworth Road we turned left across the bridge and made our way up to the bus stop, on Bury Road, from where we took the bus back to Tottington, walking the last section to Greenmount along the old railway line having covered a walking distance of 11.5 miles