First of 9 walks to complete the West Pennine Way (WPW)

Greenmount Old School was the starting point for the first of the WPW walks this year, with nineteen walkers, including three new to the group, heading for Whipney Lane where we joined the route. We had decided to follow the WPW in a clockwise direction, so our first destination was Holly Mount where, after negotiating the school traffic, we made our way to the orchard, and the steep decent into Two Brooks Valley. Once in the valley we turned left up the steep path that follows the stream up to Turton Road. 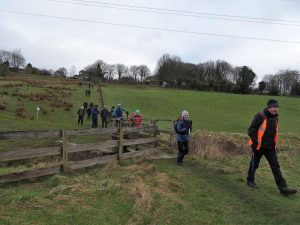 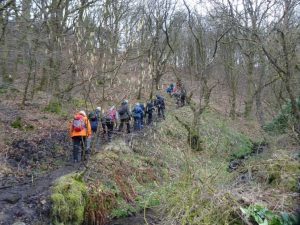 Climb out of Two Brooks

Having crossed the road, we headed up the track leading to Windmill Farm, a property that we have watched being renovated form a rundown farmhouse to the magnificent dwelling we see today. After passing the farm our route took use across the very muddy fields of Yeoman’s Farm and into Affetside Village, the strange thing is that we more often than not see the 408 bus in the village and today was no exception. 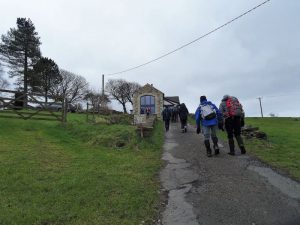 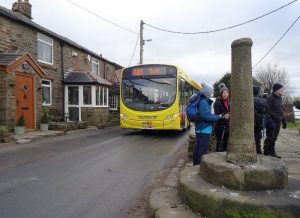 Following the way markers our next location was Jumbles Reservoir where we stopped to enjoy an early coffee break. The route then crosses the bridge over the reservoir and before climbing up the steps to Chapeltown Road several our group made a detour to look at the fossil tree. It is thought that the plant, which can be found at the back of the old quarry, is around 300 million years old dating back to when this area was a tropical forest near the equator, much warmer that it is today! Our next destination was Turton Tower where we spent some time viewing the gardens and admiring the building before eating our lunch in the picknick area. The tower is a medieval manor house with a stone pele tower dating back to the early 15th century, the half-timbered farmhouse was added around a century later. 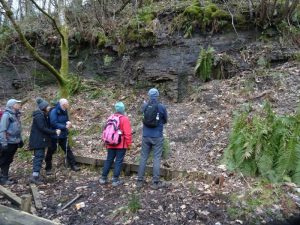 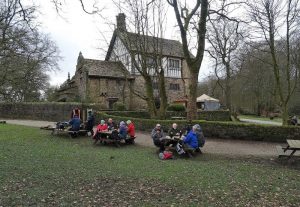 After lunch we left the route of the WPW, to be resumed on next months walk, and made our way to Chapeltown. Once through the village we joined a track leading to Wharf Reservoir where we headed for Quarlton Heights and followed footpaths to Hawkshaw, through Croichley Fold and back to Greenmount, having covered 11 enjoyable miles. One down eight to go. 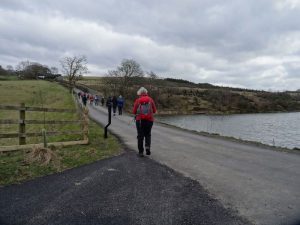 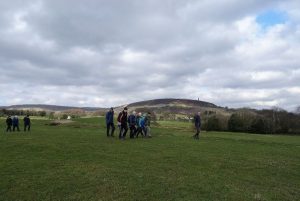