One of the many highlights of the Platinum Jubilee Celebration, in Greenmount Village, was the Treasure Hunt up to Peel Tower. In order to win the treasure, clues could be found on route to the tower, these were anagrams of the Queens Greatgrandchildren’s names but with a letter missing. After identifying this letter, the letters could be used to make a word relating to the Queen’s Coronation. 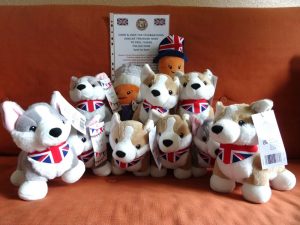 We were very fortunate that we had a cloudless blue sky when many families and friends set out from Greenmount Old School to find the treasure. The first clue was at the entrance to Redisher Wood with one of the easier questions to start the hunt. The anagram being OEEGG which was the name George with the R missing. 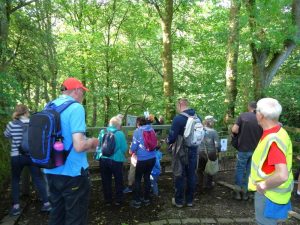 The second clue was not far away, as it was on the bridge over Holcombe Brook, however we had to work hard for the third clue as it was at the top of the steep steps, that lead us out of the wood. An additional reward after the steep climb was the glorious views, we had looking over to Manchester City Centre and the Derbyshire Hills beyond. 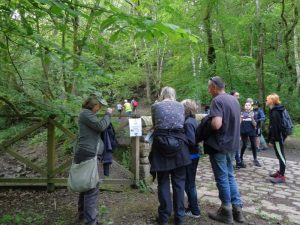 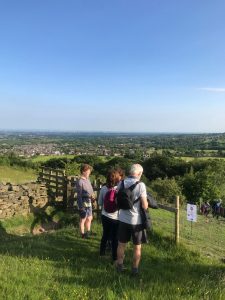 From here we also had a clear view of our final target, Peel Tower. After another climb, we arrived at the Millennium Bench, built to commemorate the community bonfire and fireworks on Holcombe Hill New Year’s Eve 1999 attended by 2000 people. It was here that several our walkers made use of the bench to recover from the steep climbs. 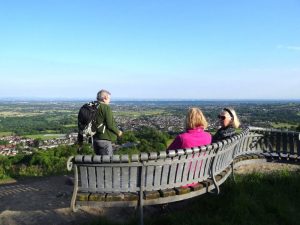 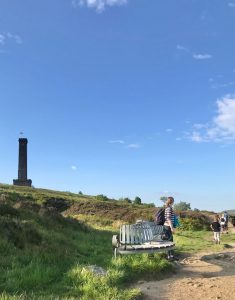 Once at the tower the leading group were able to climb the steep steps up to the top, but not before placing their result sheet in the gold box. The following walkers had the first chance at the refreshment table, before taking their turn to ascend the tower. When everyone had been to the top of the tower the important draw was made to find the winners of the Jubilee toys, having solved the clues to make the word, Regina. 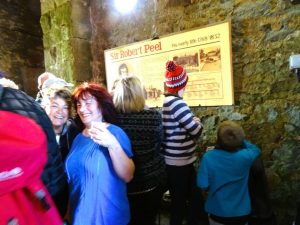 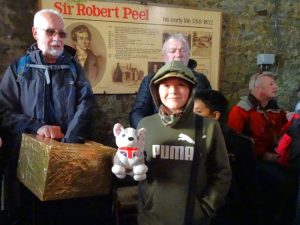 We had one last surprize to be solved before making our way back to Greenmount the problem being that several of the Queen’s Corgis were lost on Holcombe Moor and needed to be found. After much excitement homes were found for them and lots of tired children made their way back home to recover before the Village Party the following day. 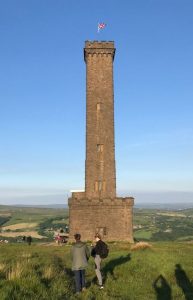