On a much cooler, but cloudy morning seventeen walkers arrived at the railway station in Walsden to start the final leg of The Link Route, from Bull Hill, on the Holcombe Moors, to the Pennie Way (PW), on Langfield Common, above Todmorden.  Once across the main road we proceeded to walk up Alma Street and turned left onto Top O’ Th Hill Road, which climbed steeply through a farmyard and eventually became a track leading onto the moor.

After a short climb we reached the Basin Stone, which is an impressive piece of millstone grit that was used as a pulpit by non-other than John Wesley who preached to a congregation of four thousand people, a painting of which hangs in Todmorden Town Hall. 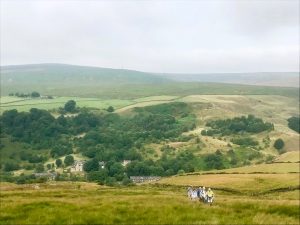 Climb out of Walsden 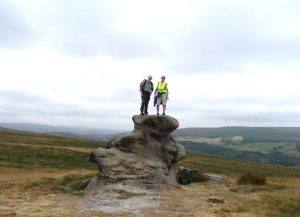 Our next stop along the route was at Gadding’s Dam, built in 1833 to supply water to the cotton mills in Lumbutts. It was also used by the local population for recreation and swimming and is still used today as a wild swimming venue, but we all decided to give it a miss and continued along the route to the PW. 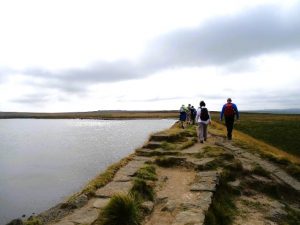 Once at the junction of the PW we had completed the whole of the fifteen-mile route from Bull Hill, for this year, and spent some time reflecting on our achievement. We then turned left and followed the paved section of the PW to a group of rocks called Withens Gate, overlooking a reservoir of the same name, where we made good use of the rocks to enjoy our morning coffee. 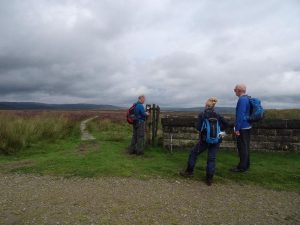 The Pennine Way on a sunny day 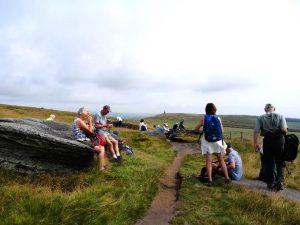 Continuing along the PW we headed for Stoodley Pike, and after spending time climbing up to its viewing platform, we decided to have an early lunch in the shelter of the tower. The first tower was completed in 1815 to celebrate the defeat of Napoleon, at the battle of Waterloo but it was destroyed by a lighting strike. The present-day tower was built in 1856 and was fitted with a lightening conductor. 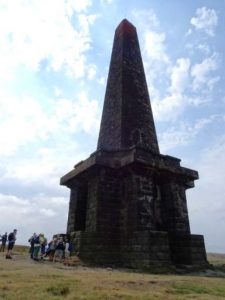 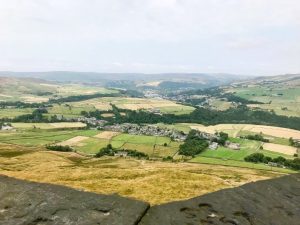 View from the tower

After lunch we descended onto a track, named London Road, and made our way through Mankinholes to Lumbutts and finally down to Todmorden where we joined the Rochdale Canal which we followed back to Walsden, having cover a historic 9 miles. 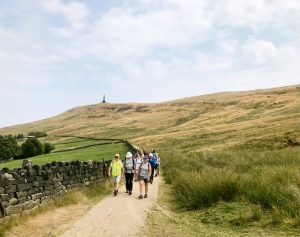 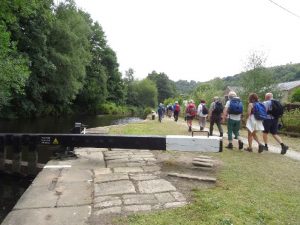