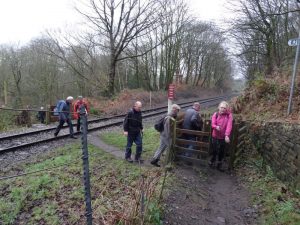 Thirteen walkers, which is a good turnout for our long walks, left Greenmount Old School and headed down Brandlesholme Road turning left at the first footpath sign and crossed the fields onto Longsight Road. Once across the road we continued through the fields joining Wood Road Lane just before the hamlet. After crossing the bridge over the River Irwell we climbed the steep steps, on our right, up to the East Lancashire Railway line and continued along the footpath, on the other side of the line, where we turned right on reaching the kissing gate.

From here the footpath goes over a wooden walkway and on reaching the next stile we turned left and walked through the fields up to Rowlands Road, passing Falshaw’s Farm before crossing Walmersley Road. Once through a stile, on the other side of the road, we followed a footpath that eventually took us over the M66 motorway and onto Walmersley Old Road where we turned left, for a short distance, before climbing a steep stile on our left and joined a footpath through the fields where we had good views over to Holcombe Hill, as by this time the early mist had started to clear. 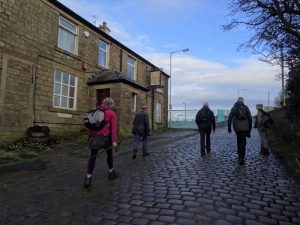 The footpath ended in the village of Mount Pleasant the site being originally owned by Captain Richard Nangreaves and was late bought by John Hall who built a cotton mill on the site in 1819. Mount Pleasant was designated a conservation area in 1974 due to it being an example of a purpose built factory village. Once through the village we re-joined the old road stopping to admire the Lord Raglan pub, named after the Commander in Chief of the British Army during the Crimean war. The pub is a Grade II Listed Building which unfortunately was closed in 2017 and is now for sale. 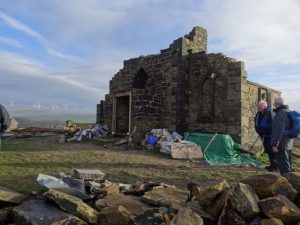 Our next stop, which was further along the old road on our left, was at Grant’s Tower, built in 1829 and collapsed in 1944, where we enjoyed a coffee break whilst taking in the views over the Rossendale Valley. 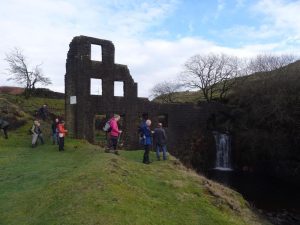 From the tower we continued on the old road, and just before reaching Fletcher Bank Quarry we turned right onto a footpath taking us over Harden Moor where we stopped to look at the remains of Cheesden Valley’s Lumb Mill, built in 1786 as a fulling mill turning woollens into felted materials the mill being powered by the fast following Cheesden Brook. 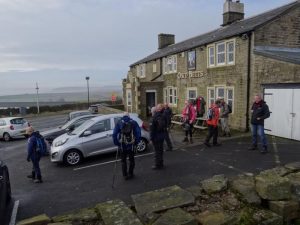 Leaving the mill, we made our way across Edenfeild Road to our lunch stop at the Owd Betts pub, another ancient building, which was originally called the Hare & Hounds until it was owned in 1869 by Betty Ashworth hence the name change. 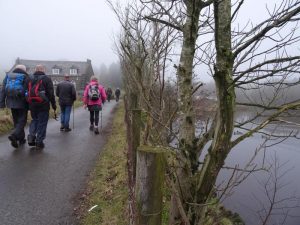 After a most enjoyable lunch we made our way down Ashworth Road passing through a gate on the right and walking along the embankment of Ashworth Moor Reservoir before climbing down the steep slope onto a path leading to the hamlet of Buckhurst. 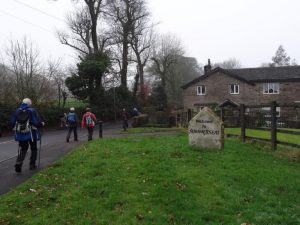 Once past the farm we joined a footpath that took us over Snape Hill and back down to Walmersley Old Road, where we turned left and after a short distance climbed over a stile on our right, and walked down to Bass House. After crossing the very busy main road we headed down to Summerseat and back to Greenmount have covered 12 enjoyable miles.